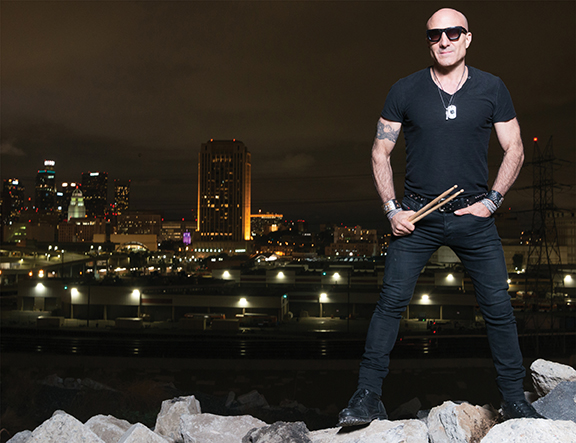 Join us on Friday, August 20th at 7:30 p.m.
for our William Marcus Randall Reception, Awards Presentation and President's Reception!
Kenny Aronoff will be our featured speaker
and we couldn't be more excited!

Kenny Aronoff is one of the world’s most influential and in demand drummers and percussionists in rock and roll history.  Rolling Stone Magazine named him one of the “100 Greatest Drummers of All Time” and the readers of Modern Drummer Magazine named him the #1 Pop/Rock Drummer and #1 Studio Drummer.

The list of artists he’s worked with on the road and/or in the studio is a who’s who of the music industry’s top talent.

Kenny’s winning and proven approach to drumming, teamwork, leadership, and life, coupled with his impeccable communicativeness, has given him the ability to sustain a successful career for over three decades. Kenny is one of the most likeable people anyone has ever met, and even more importantly, he has the gift of being able to make others look good, feel good, and sound good!  Qualities that have earned him more recording studio and live tour bookings than perhaps any other working drummer in history.  Known as the Hardest Hitting Man in Show Business, and one of the most impactful, creative drummers in the recording industry, Kenny has created some of the most iconic drum parts in rock history recordings, including one of his most well-known moments, the iconic from fill on John Mellencamp’s “Jack and Diane”.

Join The KDA Find A Dentist Got insurance? Upcoming Events